One man’s journey to transformation thanks to you!

Jose never really had a chance…

At the tender age of four, Jose, his mother, and his sisters were on the run – fleeing for their lives from a father who’d rather hit them than hug them.

It was a living nightmare.

As a teenager, Jose’s heartache continued as another man – a step-father who Jose loved deeply – walked out of his life…leaving him broken with no explanation.

That was just too much for his young heart. And Jose had to dull the pain…he turned to alcohol…and his life quickly spiraled out of control. Then a few years later, on one dark night, overwhelmed by feeling lost, alone, unloved, and without any purpose in his life, Jose called out, “God, if you are real, please help me!”

And God heard him…loud and clear.

A few weeks passed and a few of Jose’s friends invited him to go to church. And on that Sunday, for the first time ever, Jose heard the Gospel of God’s redeeming love, His acceptance, and His forgiveness…and Jose responded!

But there was still a battle raging within Jose, keeping him in constant struggle…as he was confronted with the consequences of his rebellion, being jobless, wanting to grow spiritually, and having nowhere to turn for help.

Jose called out to God again for help…and this time, God led him to The Hope Center at Hagerstown Rescue Mission!

Today, because of your support, Jose is experiencing peace for the first time ever – and has even been reunited with his sister after 17 years.

Jose is growing in God’s Word and is learning to surrender more and more. In his own words, “I need to have more of God and less of me.” 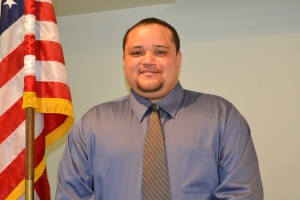 Having just graduated from our program last month, Jose is now planning to enroll in classes at Liberty University where he will pursue Pastoral Studies – devoting his life to God and ministering to others who, just like him, need help putting their lives back together.

Thank you for being an important part of Jose’s transformation and giving him hope for the future!